When you were young did you ever have a dream so big, so bold, so otherworldly that when shared with adults it was quickly dismissed? Maybe you had an idea to start a business one day but never told anyone. Yet, as you got older and learned that most new businesses fail within a few years, the idea of breaking free from the track your life is on became too uncomfortable to do.

The good news is you are not alone.

Billionaire entrepreneur Sir Richard Bronson founded the Virgin Group in the 1970s after dropping out of high school at 15 to start “Student”, a magazine for youthful activists. In a 2014 interview with website Inc.com he was quoted as saying;

“Most young people with good ideas … will find that 99 percent of people will give them every reason why their idea’s been done before or why it’s not a good idea or why they’re going to fall flat on their face … In the end, you have to say, ‘Screw it. Just do it.’”

So take a deep breath and follow along as we explore why you should start that business you’ve wanted to. 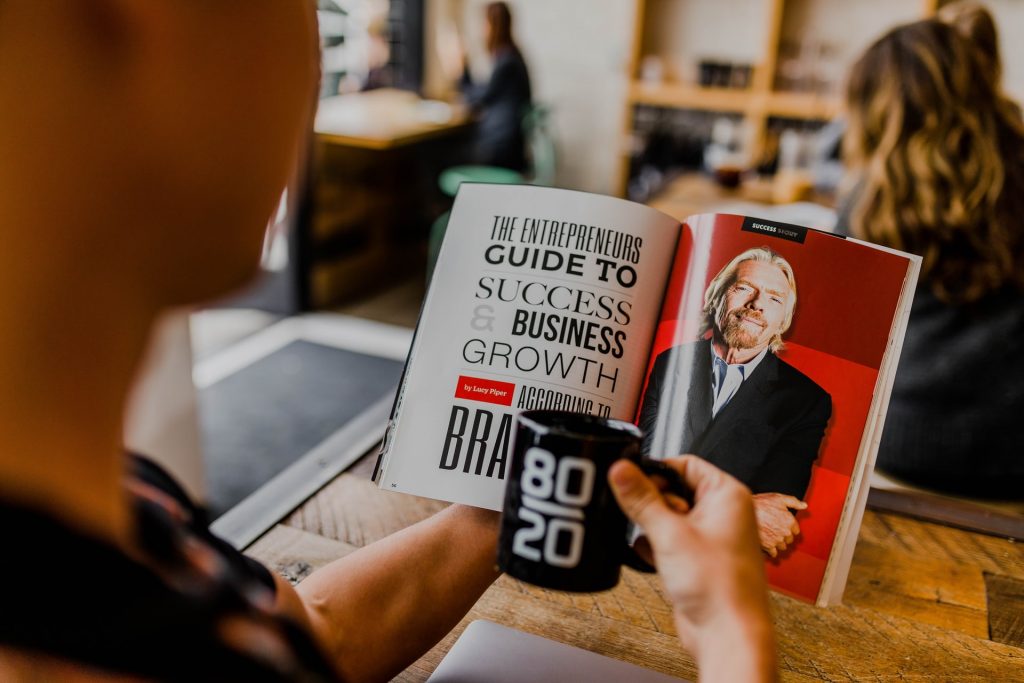 WHAT IS THE WORST THAT CAN HAPPEN?

Lee Gray, the owner, and editor of the Raytown Post newspaper, successfully ran the paper for 24 years before selling it in 2001 to retire. The part philosopher-part journalist who amassed a room full of awards in his field over the years attributed his success to answering one simple question:

“What’s the worst that can happen?”

The answer to the question is less about the literal fallout, and more about the change in view we often have when facing a big life decision like starting that business you’ve always dreamed about. Before taking such a drastic step it is important to have a realistic plan, but don’t just focus on the negative “what-if” possibilities.

Lee would often follow up on the initial question with another to help frame the severity of the impact. Usually, his answer would fall into one of three possible categories:

If the worst possible outcome wouldn’t matter in 5 years, then it wasn’t worth worrying about to the point of not trying it. Lee’s decision to buy the newspaper in 1987 came down to the fact that if it crashed and burned he would still be able to get back to his feet before the next presidential election (and with newfound wisdom from the experience.)

The takeaway is that we often become so focused on what could go wrong that we stop ourselves from realizing that even the worst possible outcome is often short lived. No one wants to have setbacks, but starting a business is bound to have growing pains—most of which won’t last as long as we think.

DON’T BE PUT OFF BY FAILURE

From the interview between Inc. and Sir Richard Bronson;

“If you fall flat on your face pick yourself up and try another one … in the end if you have enough determination its more likely than not you will succeed because of what you’ve learned from the occasions when you didn’t succeed … I think the most important thing is not to be put off by failure.”

Failure is a part of life; from learning to ride a bicycle to launching an LLC., skinned knees and bruised bank accounts are a part of growing in both endeavors. Sir Richard Bronson found success with Virgin Airlines and Virgin Mobile, but he also tasted defeat in the now-defunct Virgin Cola. A far more productive use of your energy is put everything you can into:

We’ve spent a lot of time talking about the pitfalls to be aware of, but now let’s focus on the reason you are looking to start a business in the first place.

If you plan to follow the traditional path of going straight from high school to college, graduating in four years, and then working until retirement around your mid-60’s, you will log around 40 years in the workforce. Let me say that again – FORTY YEARS – as a working adult, but what does that actually look like?

Let’s keep this example simple and say that over four decades you work the standard 40 hours per week. You’re bound to take some vacations somewhere in there, get time off for the holidays, etc., but on the conservative side will say you clock in at two weeks off a year; meaning you’re working full-time for the other 50.

Well – if you’re going to do something that long you may as well spend it doing something you’re passionate about (like starting that dream business). Even if you have to devote a decade or even two early on to learn enough before making the leap it is better to take that chance than never at all.

The sooner you can mean the more time you’ll have to enjoy running your own business (yes, even though it’ll be hard it will be fulfilling!)

CONCLUSION: THE “WHAT IF IT WORKS” VISION FOR YOURSELF

Having a clear but flexible plan before starting the businesses you’ve always wanted to is the first step in setting yourself up for success. Ben Franklin once said;

“By failing to prepare, you are preparing to fail.”

However, just as important as having a plan is why you want to start that dream business in the first place. Whatever spark lights that fire under you is what truly matters. Your vision of “what-if it works” or better yet “when it works” can drive you to finally taking that first big step to starting your own business.