Gen-Zs are not yet the dominant force in America, but that is set to change over the next decade or two. But unlike many other generations, companies may benefit from marketing to this younger generation sooner rather than later.

Let’s break down why it’s important to market to Gen-Z, even though they don’t yet control household spending to the same extent as their parents and they don’t have major disposable income.

Let’s break down exactly who we mean by “Gen-Zs”.

Individuals in “Generation Z” are generally considered to be anyone born in either 1995 or after. They’re generally considered to be one of the biggest subgroups in the United States’ total population, comprising around a quarter of all people at the time of this writing. More importantly, they’re projected to be over one-third of the US population by the end of 2020.

As a result, Gen-Zs represent fantastic buying power and are a block that marketers cannot afford to ignore. This is especially true since Gen-Zs interact with social media and other digital marketing channels much more than any other generation before them. Indeed, most Gen-Zs spend money at least a few times a month, even if they’re still kids and teenagers. They already make up around half of all consumers.

It’s safe to say that marketing to Gen-Zs is one of the most forward-thinking things that a business organization can do right now.

GEN-ZS ARE NATIVES TO THE DIGITAL WORLD

It’s important to market to Gen-Zs because they’re already natives to the digital world. Consider that they grew up right before the sudden explosion of Facebook and other types of social media. As they grow and continue to become adolescents and young adults, they’ve grown up alongside social media and other digital evolutions.

These days, social media and the Internet are (perhaps primarily) used for marketing and social engagement. Gen-Zs are comfortable with the web and all the modern marketing strategies that companies currently use to market their products and services online.

Therefore, marketing to Gen-Zs only makes sense, especially since there’s a high likelihood that they’ll engage with your ads or other marketing campaigns more than any other group.

Other data indicates that Gen-Zs like to buy from companies that represent their social viewpoints or brands that take stands against social injustice. This is all very valuable for any forward-thinking company that wants to capitalize on the newest consumer group that will come to dominate buying power in the next two years.

YOU GET A LOT OF DATA FROM GEN-Z MARKETING

An additional benefit from marketing to Gen-Zs is that you get a lot of extra marketing data you can use for future campaigns. Because the majority of your marketing to Gen-Zs will be online or through social media channels, you’ll be able to collect marketing data and other information about how they spend, what they’re interested in, and how you can tailor your product or service to better suit their needs.

This arguably makes Gen-Zs the easiest group to cater to in business history. Never before has it been easier to ask, or otherwise sense from your primary consumers, what they want and how you can deliver. 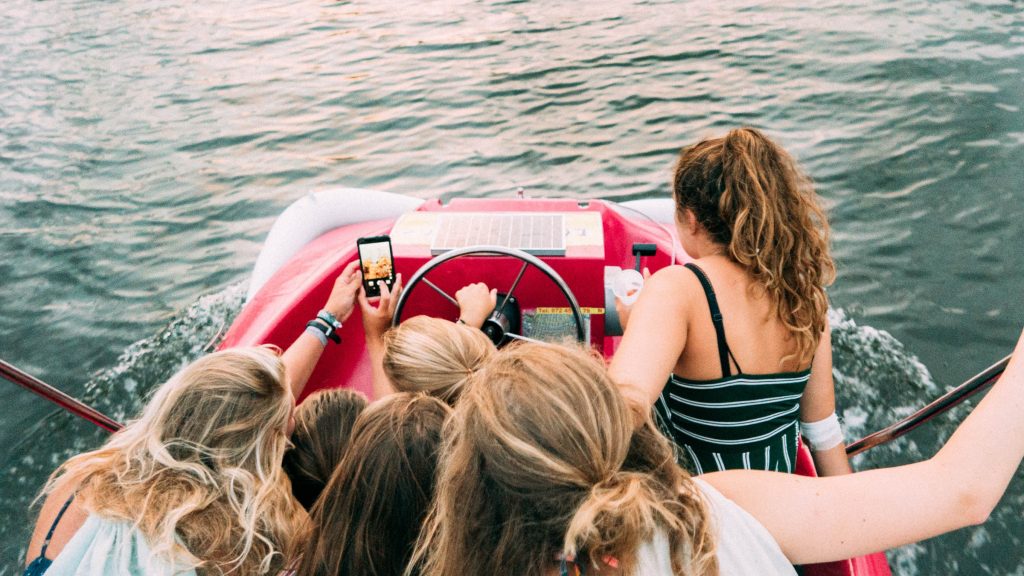 The buying power of Gen-Zs is only half the benefit. The other half is arguably the effect they have on the rest of their household.

If anyone in the household is engaged with social media, it’s the Gen-Z(s) of the group. They’re most likely to be on Facebook, Instagram, and other social media channels where they interact with influencers and other brands and content creators.

This is great for marketing to them directly, but it’s also indirectly fantastic when it comes to marketing to the rest of their household. Consider the Gen-Z that tells his or her parents about a new brand they’re really enthusiastic about and mentions that it’s an environmentally friendly brand, which meshes with their Millennial parents’ sensibilities.

In a way, you can market to Gen-Zs and end up marketing to their entire families just because of what they’ll end up sharing. Of course, it’s a bit tricky to actually measure the effect of these efforts since you can’t directly gather data about whether someone came to your brand or company because of indirect marketing this way.

But it’s still undeniable that marketing to households through Gen-Zs has never been easier.

More specifically, marketing to Gen-Zs can affect the spending of their parents. This is true for every young generation, of course, but Gen-Zs, more than any other generation, are more likely to request specific products or brands instead of generic gifts or tools.

They’re more likely to request a specific type of smartphone instead of just a smartphone, for instance. This means your direct marketing efforts can potentially yield more value per every marketing dollar spent. It’s likely that this trend will continue as Gen-Zs mature.

This is an important take away since Gen-Zs still don’t spend as much as their parents because they haven’t fully come into the workforce. If you want to capture the full profit potential of Gen-Zs’ parents, you may have more results marketing to Gen-Zs themselves.

All this boils down to the truth that Gen-Zs already affect the profits of your company more than Millennials did at the same age, and this trend is only going to continue. It’s a very wise idea for you and your organization to get on board with this concept and begin marketing straight to Gen-Zs as soon as possible.

You’ll likely be able to capture some early profits from them or their parents in the initial years of the transition. As more Gen-Zs come into maturity, they’ll already be identified with your brand and be more likely to stick with you if your practices have remained the same.

Ultimately, if you want to be profitable over the next few decades, you’ll want to market to Gen-Zs.