If you’ve ever been in a leadership position in a company, chances are you’ve had to do a little public speaking here and there. In other cases, public speaking may be an integral part of your job or a position you hope to eventually hold. Either way, learning how to speak in public well and channel your charisma is an important talent that will take you far.

But what if you don’t know how to public speak well, or just become incredibly nervous when you go in front of the crowd? Here are some top tips for improving your public speaking skills.

WHY DOES PUBLIC SPEAKING MATTER?

Public speaking is an incredibly important skill almost regardless of industry. This is because humans inherently trust and respect people who speak well in public. It doesn’t matter how smart or successful someone is; it’s just a fact that speaking can substitute for substance in a lot of cases.

Even beyond this, public speaking is a required duty at some point for most managers or boss-level positions. You’ll need to eventually speak to your employees, investors, superiors, and more. All of these are public speaking engagements at one level or another. Some of the most successful leaders in business end up having to talk to large groups of people.

Basically, you can’t avoid public speaking if you want to succeed. So it’s a smart idea to become as good at it as you possibly can. Fortunately, there are ways to improve your public speaking skills if you aren’t a natural at it.

First off, always prepare for a public speaking engagement as well as you can before the date rolls around. How much time you’ll end up having varies from case to case, but you’ll often have at least a little bit of time to prepare your talking points, research who you’ll be speaking to, and otherwise come up with an outline for what you’ll be talking about.

This can make actually speaking to a bunch of people a lot easier. You won’t feel like you’re winging it as you go along, and you’ll have ready to go responses if people ask you questions you’ve already anticipated. Preparation takes a lot of the anxiety out of the equation.

If you don’t like public speaking, treat the upcoming engagement like another assignment and prepare for it as best as you can.

When you do go up on stage and begin public speaking, it’s a good idea to focus on the positive things you have to say. Of course, sometimes you need to speak publicly and be the bearer of bad news. But in lots of cases, focusing on positives will result in people considering your speech to have been more successful than it might really have been. Remember, confidence and positivity go a long way in terms of how people interpret your speaking.

For instance, if you’re having a big conference with all the employees at your company, focus on all the positive messages you have to give and try to keep things moving along with an optimistic tone. Such a public speaking engagement will be a lot easier to get through and will be more inspiring than if you focused on the negatives. 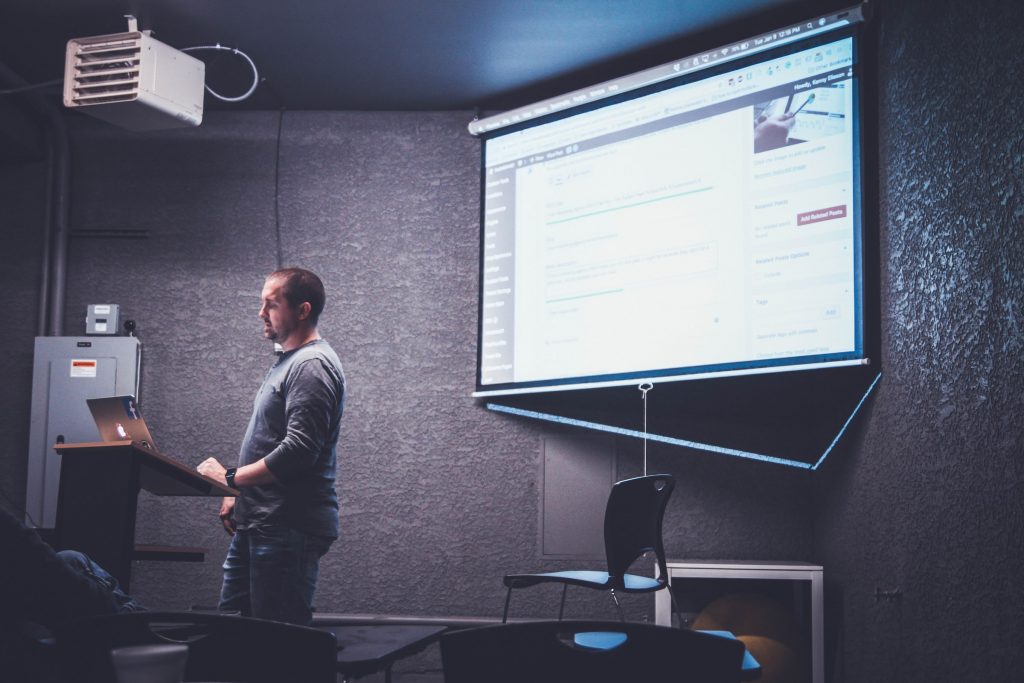 CHECK OUT YOUR ENVIRONMENT BEFORE SPEAKING

In some cases, you might have the opportunity to scope out your public speaking environment before you have to commit to the engagement. For instance, giving a talk at a conference for your industry usually requires you to go up on stage in front of dozens or hundreds of people.

If you speak to the right conference managers or organizers, you might have the opportunity to go to the stage first and “play out” your public speaking engagement. This could be a great tool if you feel anxious when you speak in public and want to become familiar with your environment beforehand. It’s a great way to outline how you’ll walk on stage, where you’ll stand, and so on.

This is doubly effective if you need to provide a presentation; you’ll be able to figure out how to set up your equipment to avoid any embarrassing technical difficulties.

BEGIN SPEAKING WITH A STORY

Any great public speaking engagement starts with a story. If possible, try to write down what you’ll say by using a story to get things going. Tell about how you started with your company, how the last year has gone, or an inspiring customer service tale that really resonates with you. Then you can turn the overall conversation back to the topic at hand.

This is great for making the room more comfortable and will help draw people into what you’re saying. It’s one of the best ways to boost listener engagement.

REMEMBER THAT PUBLIC SPEAKING IS A PERFORMANCE

If public speaking is a performance, you don’t need to worry about performing poorly during an engagement necessarily reflecting on your true character. Alternatively, you can use this knowledge and channel all your extroverted energy into a public speaking persona that rocks the house!

Lastly, it’s important to try to keep eye contact with your audience members and keep moving when you’re on stage. Static or overly stiff public speakers don’t engage their audiences and may seem even more uncomfortable than they actually are inside.

The great thing about speaking in front of a big crowd is that you don’t have to maintain eye contact for a long time with any one person in the audience. Just look to the sea of faces and you’ll seem engaged and earnest.

Similarly, keep your body and hands moving, and in open or optimistic ways of you can help it. Crossed arms and a stiff posture indicates to the audience that you’re uncomfortable and may even make it seem like you’re lying. Open arms and waving hands convey the opposite.